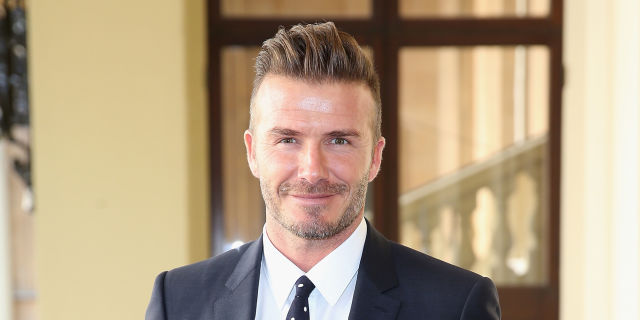 For quite some time, Victoria was the only Beckham that was into the beauty business but things are about to change very soon. The football or rather soccer legend who has also been named as the PEOPLE’s Sexiest Man Alive is set to add another title to his remarkable résumé when he launches his new skincare line and grooming products for men later in 2017. He has been signed in a multiyear partnership as the first worldwide ambassador of Biotherm Home which is owned by L’Oreal, the beauty giant.

In a statement, David said that he had already been thinking about the development of a skin-care line for a long time and it all came together once he started communication with Biotherm. As David Fridlevski, the General Manager of Biotherm admitted, this is the very first time a male celebrity of his stature has embarked into the skincare business. It is quite clear that Beckham is set to take the world of beauty products for men to a whole new level just the way he has successfully done in all his other endorsements.

In the Biotherm Homme commercial that has just been released, the former football star even unveiled his simple beauty routine. He cleanses and he moisturizes. And he is in and out in just seven minutes. Before that, he says that looking after yourself makes you look better and feel better as well. It is not only about how you look but also how you feel.

Sources indicate that the collection is set to be a range of about eight to twelve body and skin care products which will be retailing in somewhere under $50. Biotherm’s General Manager stated that with having the football icon on his team, the products are aimed at winning over the European and American male consumers aged between 25 and 30.

The list of endorsements of the 41-year-old celebrity which include Adidas, H&M, Coty and Belstaff were quite successful and from the look of things Beckham will not stop there. Just last year, he went into a joint project with Global Brands and Simon Fuller (who is the British businessman popularly known as the founder of American Idol) and formed Seven Global for further development of consumer product categories around him.

Based on his previous performances in his product endorsements, it is likely that Beckham will take the market by storm since the products are anticipated to be superb. Well, you have to admit that for the Sexiest Man Alive, whatever will be unveiled next year will just have to meet his demeanor and personality and for that reason, they will be a hit!

These new products by David Beckham are set to tap into the potentially untapped market for men’s beauty products. Even though there are already some existing beauty products for mean, you definitely can’t compare them with the availability of the same products for the ladies.

As for now, we just have to wait and see and most probably we are definitely going to be impressed! What do you think about Beckham’s new venture? Share your thoughts below.